You like what I did to the place? I simplified the page design and added some nice colors from an old project to add a better visual appeal to my blog. The picture is from my Aunt Candy and Uncle Glenn’s house in Chappell Hill, Texas.  Next week, I will talk about Creativity and Architecture, the thing I love. Now on with today’s post. 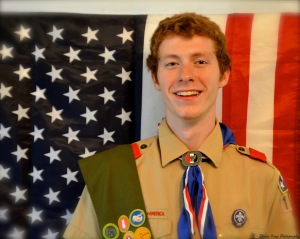 Happy 4th of July to us Americans! Please remember to be safe and understand where and why we celebrate Independence Day, INDEPENDENCE from an oppressive government. Or from the British’s perspective, the colonies revolting and not following the King’s rule. That’s where the fuzziness of history, and bias begins: when there are two opposing views of the same event sound different. It has happened long before 1776, as long as history has been reported.

The media has been reporting news, whenever it happens, wherever it happens, for quite awhile. There’s one problem. These days there is seven billion people on the earth. Each person does something remarkable, criminal, controversial, or interesting. That defines news. In order to get your attention, they have to decide which events are interesting for the most people. But that’s just a opinion.

Opinions are fickle. They are based on individual human thoughts. Sometimes similar individuals will have the same opinion. That creates a popular opinion, what the United States firmly believes as essential to democracy,  so much that is one part of our government (Our government is not solely based on popular opinion so that we can get things done within the government without involving everyone, which can be near impossible and be incredibly inconsistent, through elected representatives and leaders). Voting is a way of deciding what is the popular opinion to make the most people happy. The media influences our opinions in order to either sway opinion a certain way or simply inform. I wish it could do just the latter, but humans are flawed, so we just end up doing both.

Opinions form a bias. Bias varies from person to person, but it means that we each have a view that is uniquely our own. In the media, we are replying to others’ bias broadcasted around the world via internet, television, etc. Each person is reporting what is considered the truth about events, when it varies from viewpoint. So the media can lie to us, because they have to decide what is interesting, worthy from us to talk about, and what truth can be seen. We can’t know everything. So they decide what’s important and what’s not.

Then, are they reporting the truth? Yes, but from their perspective. The truth of events can be seen differently to different people, because that’s the flaw of us. We all are different, so different, that it creates each of us distinct in personality, experience and belief. So where is the truth? For me, there’s only one Truth. The voice of Truth from God. But that’s my opinion. While we are on this earth, we will still have the opinions of others that could be true. They are nowhere near God’s Truth.

So what do we do about? Find what  opinion  works best in every situation, and find what matters the most, for example,  a secret trade deal that could poison the country, or a popular man becoming a woman, ruining many people’s beliefs on what’s right and wrong. The United States is  built upon the fact that the only way to resolve the fickle human opinion would be a government based on popular opinion, and representatives to showcase those opinions so they do not overrule each other. The government must hold its own, and be controlled by itself through the people. We also insitute checks and balances so the government does not destroy itself through the people and control the people correctly.

The Nerd of May

I am an Autistic Catholic Civil Engineer In Training and Texas Ex who loves Jesus, friends, family and the buildings around us. I blog to express my creativity through many different forms as it is show who I am and where God is in my life.